Everything You Need To Know About Wing Flash Pool – Part I

by Crypto News
in Uncategorized
0

Users can supply tokens and earn WING tokens as incentives. They can also borrow assets by supplying collateral. Borrowers can also earn WING by locking the WING equivalent to 3% of their borrow. The platform’s Insurance Pool helps in minimizing the risk of liquidation.

Ontology-native tokens such as WING, ONT, and ONG can be directly used in the Flash Pool whereas supported Ethereum and Neo tokens must first be swapped into p-tokens on Ontology using the Poly Network.

Each transaction costs ONG gas fees, which are significantly cheaper than gas fees for equivalent actions on Ethereum.

Go to the Wing Finance homepage.

The homepage contains links to different products supported by the Wing Finance platform.

It also displays the total amount of assets deposited in the Wing Finance Flash Pool. 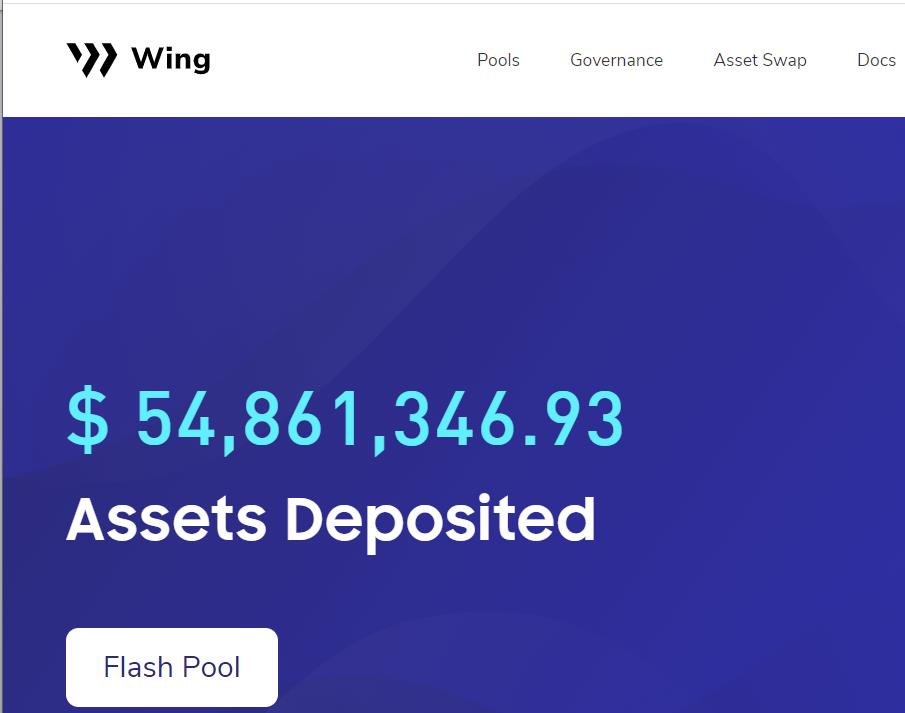 Please note that Wing Finance operates on the Ontology Blockchain, so to access the different features and to work with it, we need tokens supported by the Ontology blockchain.

We have ERC-20 tokens in our MetaMask wallet (Ethereum blockchain) which we need to convert into p-tokens (Ontology blockchain). Hence, during token swap activity, users are required to connect to two different wallets supported by the two chains.

Set Up and Connect Wallet

Wing Finance currently supports the below wallets through which users can connect and use the platform. 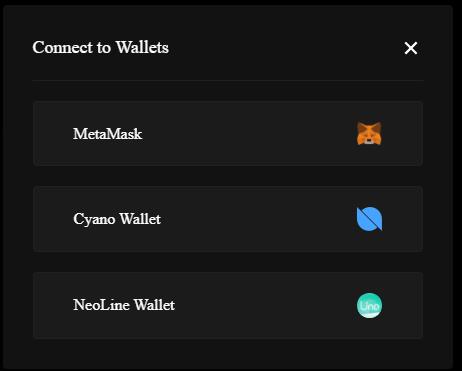 Now you need to install the Cyano wallet. Cyano is an Ontology blockchain wallet compatible with Google Chrome.

To install the Cyano wallet, go to this link.

Click on Add to Chrome button. A warning pop-up message will appear, and after confirming the message, the extension will be added to the browser. You can now see the below icon appearing on your browser extension bar.

Create an account if you are a new user.

Fill in the necessary details for wallet setup.

Once it is done, you can see the landing page. 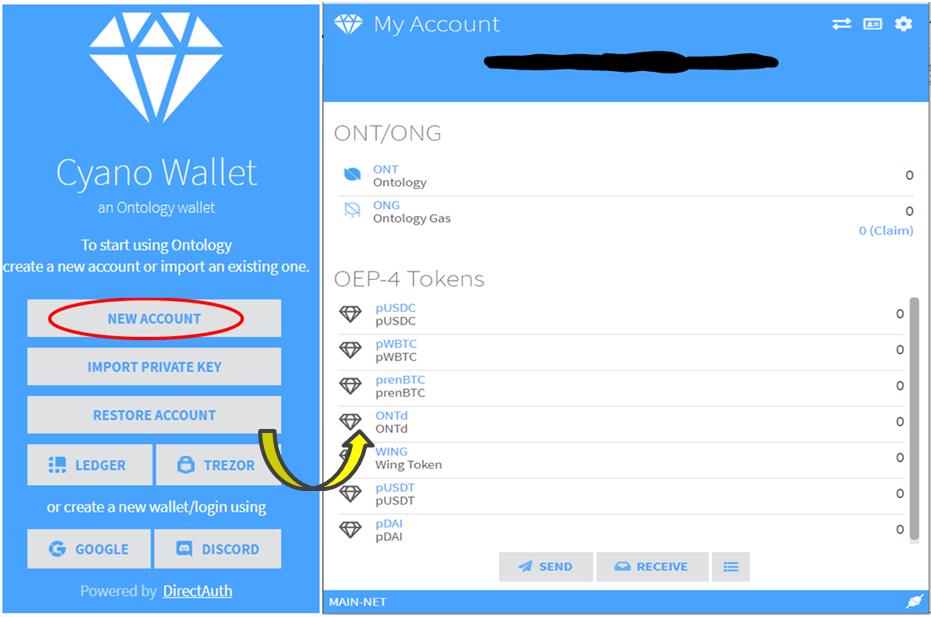 The prerequisite of token swapping is done, i.e., you have your Cyano and MetaMask wallets installed and connected.

To swap the token, click on Asset Swap on the Wing Finance homepage, and it will redirect you to this page .

Connect both the wallets. 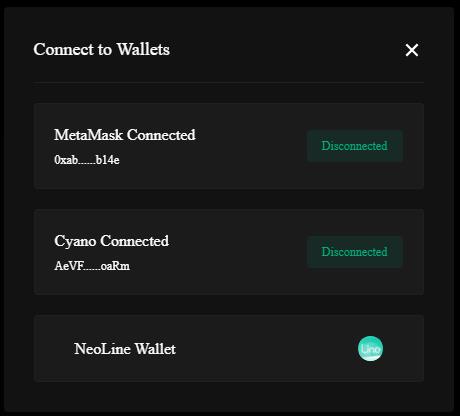 Now enter the token details you want to swap. 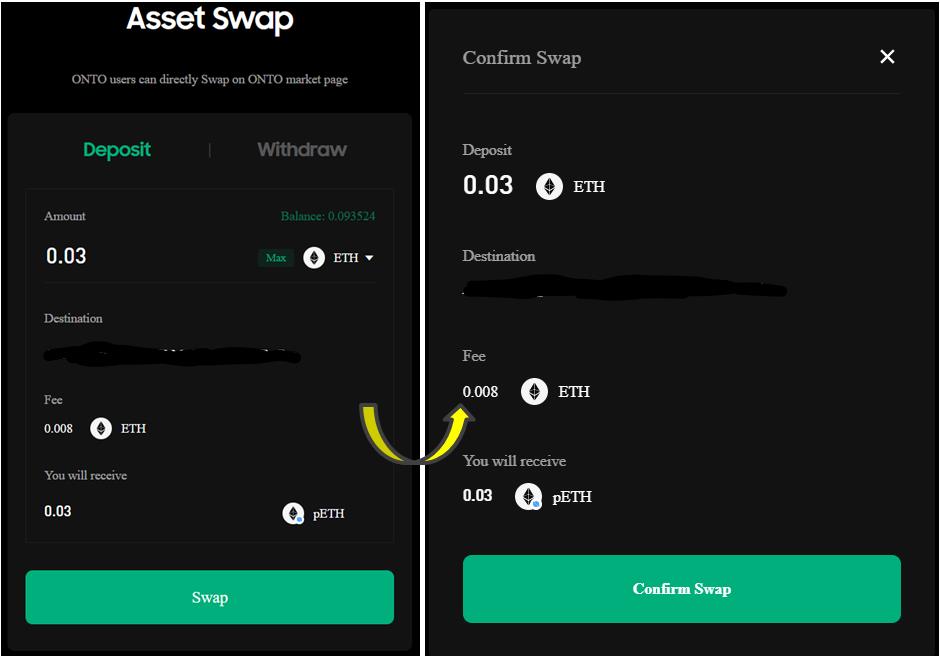 Once the transaction is confirmed, you can check your Cyano wallet for the output token.

Add Token in the Cyano Wallet

If the token is not appearing, then add the token by giving the contract address. 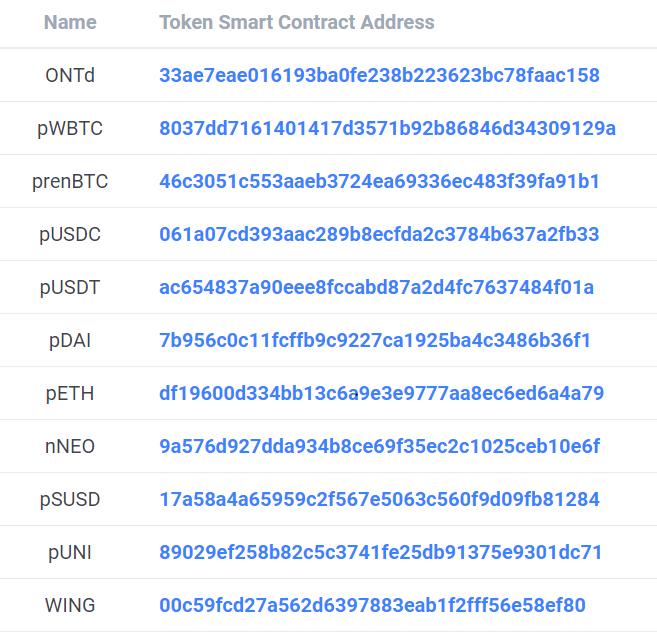 You can find the token contract address here. 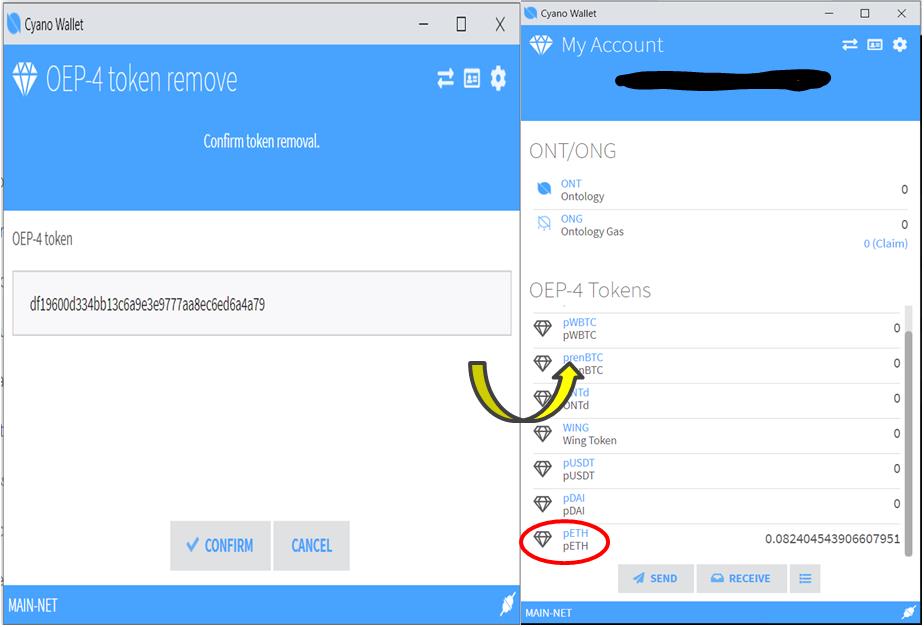 After adding the contract address, you can now see the token in your wallet.

We need to have ONG (Ontology Gas) tokens in your Cyano wallet to pay for the gas charges in the Ontology chain.

You can get the ONG token from Binance with the ONG/USDT pair.

Get the tokens and transfer them to your Cyano wallet. 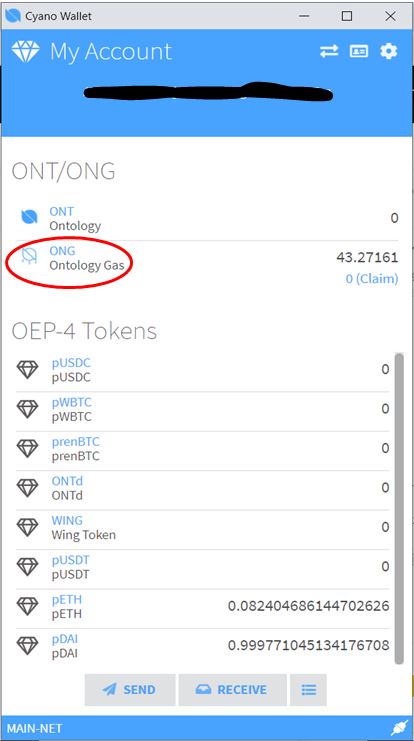 In the next part of this article series, we will explore the Wing Finance Flash Pool, i.e., how you can supply assets as collateral and borrow tokens as well as earn WING tokens from it.

The post Everything You Need To Know About Wing Flash Pool – Part I appeared first on Altcoin Buzz.

Fine arts dealer Sotheby’s is now accepting Bitcoin and Ether as payment methods. The first offering to test the response...

Cryptocurrency ATM operator Bitcoin Depot has launched 355 new teller machines across the United States. The announcement comes as the...

The Spanish government doesn’t stop imposing its tough stance on cryptocurrencies, as another rule comes to strengthen the existing ones....

Here Is Why XRP Volume Has Recover Across Payment Corridors

XRP has picked bullish momentum in the 1-hour chart with a 4.7% increase. Higher timeframes seem equally bullish with the...

The cypherpunk was one of the first people besides Satoshi Nakamoto to mine Bitcoin blocks, and reported many of the...

Here Is Why XRP Volume Has Recover Across Payment Corridors