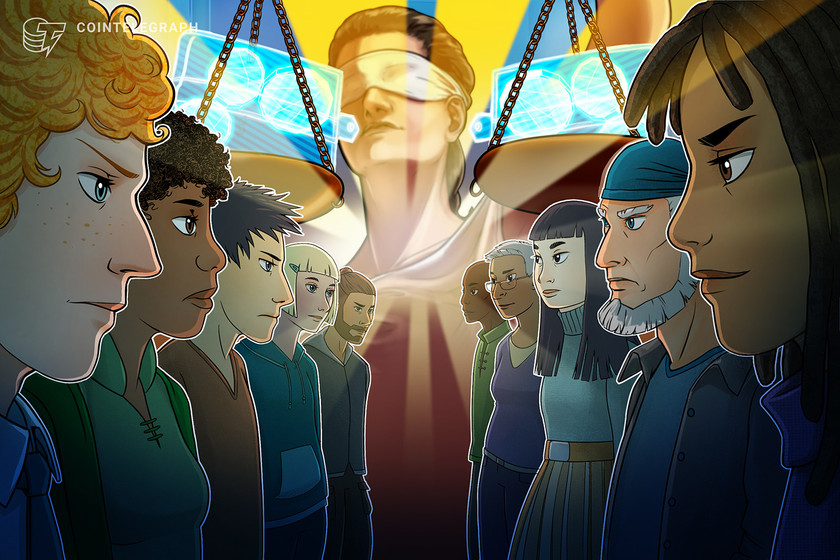 Determining the future of who can and cannot custody crypto and how much you need to know about them remains a central topic of discussion.

Every Friday, Law Decoded delivers analysis on the week’s critical stories in the realms of policy, regulation and law.

Last week’s Law Decoded sounded the alarm on threats to self-custodial wallets in the U.S. in particular. While such concerns have continued to take shape, nothing concrete has emerged from the U.S. Treasury, which was at the heart of last week’s conversation.

Though I don’t like to recycle themes, it seems a reasonable time to ask the question: What is a crypto wallet as far as a regulator is concerned?

While many people access their crypto through custodial solutions in which your “crypto” is yours on someone else’s ledger rather than on the underlying blockchain, real wallets are just means of managing private and public keys. They are analogous to bank accounts in that they let you transfer value in the form of Bitcoin or whatever else, which is where many regulators see their right to step in.

Bank accounts in most major economies require a fair amount of personal information as a means of preventing money laundering, but they are still involved in facilitating plenty of illicit activity. Exemptions for corporate entities, for example, have created notoriously difficult webs to untangle in investigations. And while regulators may be willing to look at crypto wallets as bank accounts to get more authority to reign them in, it’s disingenuous to say that bank accounts are the only analogy available. You can buy a real wallet and fill it with cash without ever having to pass a KYC check.

The regulatory counterargument is, of course, that it takes much more time to bring a real wallet full of cash to, say, a sanctioned person in Iran than to send the equivalent value to that person’s Bitcoin wallet. But, nobody at this point is really finding that Bitcoin, in its current state, is more likely to be caught up in illegal activity than cash or even bank accounts. So from a regulatory perspective, it seems odd to prioritize a hypothetical problem over existing problems of equal or greater scale.

France is looking askance at anonymous crypto accounts, per a recent order from several French ministries.

The order primarily reinforces that existing financial controls — especially those requiring accounts and assets to be traceable to beneficial owners — also apply to crypto. Effectively, this would mean that crypto addresses need to be traceable to specific customers. The order refers to this as a way of integrating crypto further into the regular financial system.

The most notable signatory to the order was Minister of Finance Bruno Le Maire. At the heart of the order are the usual suspects: Fear of money laundering and terrorism financing. Le Maire in particular has been critical of crypto as a means to unseat national monetary sovereignty.

However, the extent of this order’s application seems limited. It refers extensively to the Financial Action Task Force’s guidance, which concentrates on exchanges rather than independent wallets. Though the order specifies that crypto-to-crypto exchanges are within its purview, it’s also notoriously difficult for governments to be sure that such transactions are happening within their jurisdictions, which is a big part of why authorities tend to focus on crypto-to-fiat gateways. Nonetheless, such an order adds legal force to enforcers in one of the biggest economies in Europe and their ability to attack anonymous exchanges of crypto.

This week saw two letters going from members of Congress, one to the Securities and Exchange Commission and one to the Treasury.

The two letters included overlapping members as signatories, especially those from the Blockchain Caucus. They also shared concerns with anticipated rulemaking, though the legislators were asking the Treasury to pump the brakes and the SEC to hit the gas.

The letter to the Treasury focused on a rumored ban on self-custody i.e. wallets that are not in the hands of exchanges or other financial institutions that can report on the details of the wallet owners. In other words, an attack on peer-to-peer, which seems impractical but also would undermine one of the foundational pillars of crypto.

The letter to the SEC was a request for clarity on who can custody security tokens — a major hold-up for potential broker-dealers trying to register with self-regulatory group, FINRA. Currently, there is a backlog of applications in limbo, seeing neither acceptance or rejection. Without clear guidance, nobody knows how to proceed.

Per analytics firm Elliptic, the overall proportion of Bitcoin transactions that involve illicit usage has dropped significantly over the past several years as mainstream investment has picked up.

While mixers seem to have gained some traction with criminal activity this year, privacy wallets — especially Wasabi — seem to have come out on top. The firm noted that illicit crypto made its first stop in such wallets in 13% of cases, compared to just 3% the year before. The firm further confirmed that they still generally can’t trace Bitcoin upon its departure from such wallets, which would seem to mean that the technology is working.

Despite delays in releases due to COVID-19, attorney Keith Letourneau argues that the pandemic has revealed more need for blockchain than ever.

After a day of intensifying sell pressure, Bitcoin price dropped below $29,000 for the first time since January 5. On...

Is Grayscale is about to unveil a LINK Trust?

Mystery filings using Grayscale’s name suggest the multi-billion dollar firm may be looking to expand the number of Trusts. Grayscale...

A new type of cross-chain bridge has been invented which integrates the interest-yielding properties of DeFi with second layer solutions...

The ECB Is Working on Launching the Digital Euro